Greetings, and happy Mother’s Day! It’s a weird one, for sure, but the sun is shining and it’s supposed to be a mild afternoon here in PA. Thank heavens for small blessings. 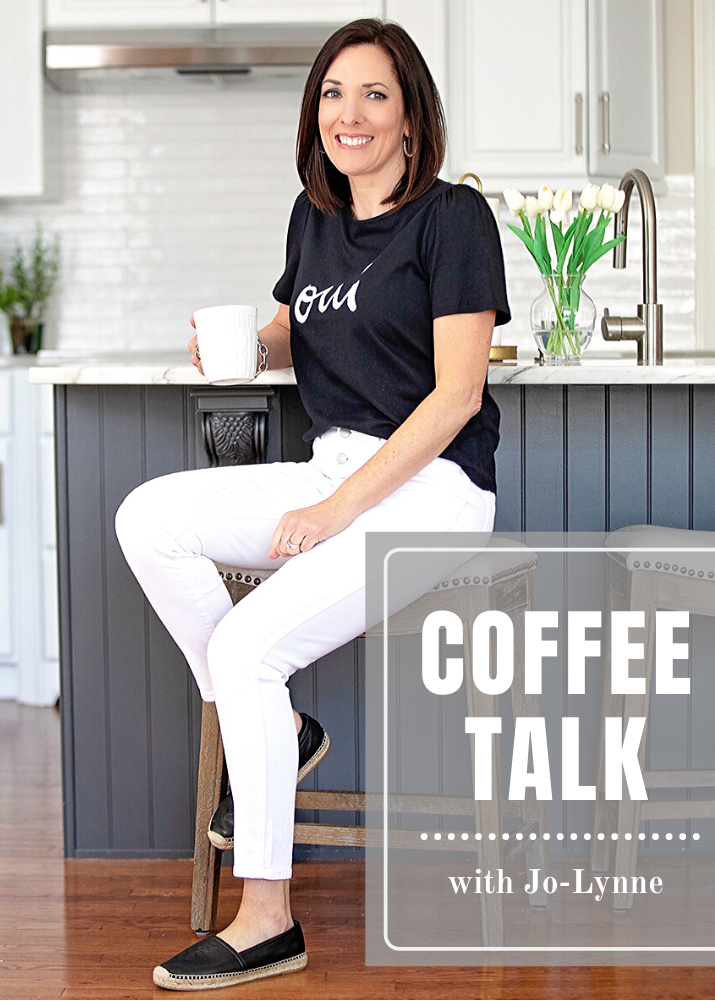 I was supposed to be in Paris for Mother’s Day this year. We would be wrapping up our trip and preparing to fly back home tomorrow, if all had gone as planned. I actually purchased the Oui tee I’m wearing above in celebration of our trip. I doubt I’d have actually worn it in Paris, but I was hoping to enjoy wearing it as we planned and prepared for our trip.

But it was clearly not meant to be, and with my hip injury and some nagging vertigo, I’m kind of relieved the decision was made for me. Pandemic aside, I don’t know that it would have been the best time to go. At least now, I get to spend the day with my kids!

I know this can be a hard day for many on a good year, so I’m sure that is compounded by the current situation. If you are hurting today, please know you are not forgotten.

While Paul and I can’t be with either of our mothers today, at least I can be with my kids, and I’m so very grateful for that. We will talk to our moms at some point, and I’m comforted knowing they are both safe and healthy and in their respective homes.

I told my kids, all I want for Mother’s Day is a picture with the three of them. It’s been a few years since we got a good one. Plus, C has some homemade cinnamon rolls ready to bake for a late breakfast, and Paul is planning to grill burgers later this afternoon, so that will be nice.

I don’t plan to lift a finger! I was up at o dark thirty with the puppy, so I figure I’ve done my duty for the day.

Speaking of the puppy… Ozzy is doing as well as can be expected. He’s such a smart dog, and he’s already learning some basic commands. This picture is from last weekend, when it was so warm that we were able to swim in our pool! He’s already grown since then. He’s also doing really well at night. R takes him to her room, where his crate is right beside her bed, and she can get him settled pretty easily if/when he wakes up. He can make it from 10 or 11PM to 5 or 6AM without going outside, which is a big relief, especially since it has gotten so cold here this week.

He and Savannah have learned to coexist for the most part. When he’s super playful, he comes at her, and she tries to put him in his place, so that can get a little dicey. Otherwise, they pretty much ignore each other, or sniff a bit and then go their separate ways.

In other news, our stay at home orders have been extended until June 4th. Le sigh… I knew we were going to be one of the later states to open up, but I was hoping we could take this a week or two at a time. Four is really a lot at this point, especially when our next phase is still extremely limiting compared to what other states are allowing in their first phase of reopening.

Once again, I’m grateful it doesn’t directly impact Paul’s and my ability to work, but I’m growing increasingly concerned for the small business owners and “non-essential” workers who really are feeling the impact of all this.

As far as work is concerned, I’m being interviewed for a feature in a local magazine, so that’s pretty cool! Their photographer is coming out this week to get a few shots, so of course I’m scrambling to figure out what to wear. I’m thinking one of my floral blouses and white jeans.

The article will be published in July or August, so they said to dress for summer. Maybe this? It sure would be nice to have a fresh cut and color before then, but since that ain’t happening, I’ll use that hair dye I got from the Zoom consultation with Corissa at Concihairge. (Here’s a link to book their services. I’m not affiliated, just sharing in case you need it!)

We decided not to go with a permanent color, since the color I typically get at the salon is a semi-permanent. Instead, she recommended a gloss that does a pretty good job but washes out fairly quickly. It should at least freshen me up enough to get through this photo shoot.

So yeah, that’s pretty much the latest from my neck of the woods.

It occurred to me this morning that today is my 20th Mother’s Day! It seems unreal, but I’ve got the gray hair to prove it. In years past on this day, I’ve shared my Mother’s Day pictures through the years, so I thought I’d round up some of my favorites.

This was my very first Mother’s Day as a mom, back in May of 2000… Good grief, those bangs!

Someone at some point in my life told me that I should always wear bangs because I have a long forehead, so for most of my life, I thought I had to have bangs. I don’t remember when I ditched them for good, but I think that was the single best hair decision I ever made… except when I stopped perming it in college. D had other things on his mind and was trying to get away from me, but I was determined to get my Mother’s Day photo. And I swear, I was wearing makeup. It doesn’t look like it, does it??? And this was Mother’s Day 2013… funny how long and baggy those “skinny jeans” were. Mother’s Day 2014… I guess that’s when I started using bigger pictures on the blog! I also love this one from the same year, of the kids with Paul’s parents. And I got my kids in a picture too. Finally, this was last year, Mother’s Day 2019. We celebrated with Paul’s parents and his brother’s family. Evidently I didn’t get the memo to dress in blue and white! And that’s all I’ve got until later this afternoon, when I hope to corral my three and get my Mother’s Day 2020 photo.

I hope you’re able to spend some time today with the people who are most important to you, even if it’s just on FaceTime.

A bunch of packages came in yesterday, so I was able to put together a new Try-On Haul for you. I've had several requests for white crop straight jeans, and I have some of those! Plus a couple pairs of blue jeans, a few fun spring tops, and a great little jumpsuit.
View the Post
Fashion May 6, 2020

5 Ways to Wear a Cardigan for Spring

I was racking my brain to come up with an item I could show styled several ways, and I realized I had never done a cardigan! I wear cardigans in the springtime more than any other time of year, so this seems like a good time to share 5 ways to wear a cardigan.
View the Post
Fashion May 5, 2020

How to Wear Crop Flares for Spring 2020

Crop flares are a huge trend this season, but they can be tricky to style, so today we're talking about how to wear crop flares for spring. If you're a regular, you may have seen this outfit before, but it's the best example I've got. I'll try styling these jeans a few more ways for spring in Friday's Try-On Haul.
View the Post
View All Posts