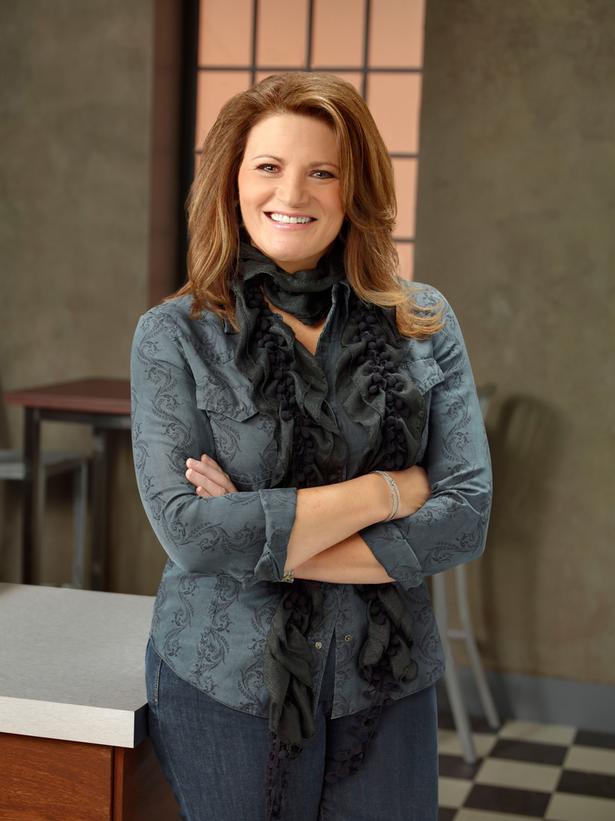 I’m so excited today to introduce you to Martie Duncan, one of the six contestants still standing in the lastest season of The Next Food Network Star.

Are there any Food Network fans in the house??? Raise your hand!

I first discovered Martie when I was contacting bloggers to review a food item for a brand I work with. Her blog, Martie Knows Parties, is an incredible resource for recipes and entertaining tips.

The next thing I knew, she was on TV as a contestant on The Next Food Network Star! I have a total love affair with the Food Network, except for one minor problem. We gave up our Cable to save a few pennies so now I can’t watch it. Fortunately the episodes are online, so I’ve been playing catchup.

Martie is doing great. She’s the only home cook in the competition, and she’s a blogger too so I am totally rooting for her. I had the privilege of interviewing her, and I want to share it with you.

How exciting is it to be on The Next Food Network Star? What was the process like, getting on the show?

It has been unreal- surreal might be a better term. I simply responded to an open casting call announcement I saw posted on FoodNetwork.com back in July of last year. I saw the announcement on a Monday night. Tuesday morning, I got in my car and drove to Chicago for the audition the following morning. I got a call back for the next day and after that, it was months of phone interviews, questionnaires, more auditions until I got invited to audition for Alton Brown in Atlanta last October. He invited me to join his team that day, and we started filming in early January. Hard to believe it has been a year since the process started!

I’m obsessed with the Food Network – or I was until we gave up our Cable to save a few pennies. Did you always watch cooking shows, or did you more or less do your own thing?

Yes. I started watching Food Network daily about 4 years ago… I would always have something on. Ina, Paula, Giada, etc…

What has been the biggest challenge being on the show?

I think my biggest challenge was being unfamiliar with the professional kitchen equipment and not having the organizational skills a professional chef, caterer, or restaurant owner would have. I am the only home cook on the show this year… I’ve never been to culinary school, taken a cooking class, worked in a restaurant or anything to do with the food industry. The rest of the finalists have.

Who is your favorite celebrity chef? Who do you aspire to emulate?

My favorite celebrity chef is Alton Brown but I wouldn’t call him a chef — more like a teacher. I  probably wouldn’t emulate anyone as far as personality or style goes… but as a business model, I’d like to emulate what Paula or Giada have done to create products to help people with entertaining at home. I’d say I’m a hybrid of Guy and Paula, with a little Ina thrown in there.

What was the biggest surprise about the process and being on the show?

I’m not sure I have been terribly surprised by much of it. I knew it would be grueling. I knew there would be long hours and hard work to get the 11 episodes done in a relatively quick period of time. The biggest surprise was the people — everyone in the cast for the most part was just awesome, totally supportive, and like a family. Another surprise is how hard it is to watch yourself on tv. That’s been pretty brutal.

What is your plan if you win? What theme will your TV show have?

If I were fortunate enough to win, my show would focus on helping people with easy, affordable recipes and ideas for entertaining at home for their special occasions, weekends, holidays, and life events. Ultimately, I’d like to do a show where we throw parties for people who deserve them or need them. I’d love to be able to use what I know how to do to make a difference.

If you could do it over again, what would you do differently?

I am a home cook and a blogger who writes about my passion for good food and entertaining to help others with ideas. I do cook a lot, but never make the same recipe over and over again. If I had it to do over, I’d do two things. First, I’d practice cooking with a time limit every single day. Second, I’d go cook on a line in a restaurant before going to do the show. 🙂 Those professional chefs and culinary school grads had such an advantage. Restaurant chefs cook the same thing 40 or more times per day. They have recipes burned into their brains from years of cooking the same thing over and over again. Also, they knew the importance of organizing and prepping in advance before you start the cooking process. AND they knew the commercial grade equipment and tools. I was in the weeds for most of the competition because I’d never used much of the equipment that was provided…. like a convection oven, for example. And since I’ve never cooked with that urgency you would in a crowded restaurant, the clock was not my friend.

How can we support you? Where and when do we vote?

There is a fan favorite voting happening right now. However, the crucial vote is on Sunday, July 15. The BIG vote for the overall winner goes down after the show airs that night, and the winner gets their own TV show on Food Network. IF I make it to that point, your audience can help me by voting, of course, but also by posting on Facebook or Twitter for me to help get the vote out. I’m from Alabama, a small state in terms of population (small in size, not in heart.) However, most of the remaining finalists are from large cities. If I make it in the final 3, I will need massive help to get the word out and get the votes.

I’ve had a dream for a very long time to do something that really matters with my life. I do what I can, but like most people, I have a job and cannot always do exactly what I want to do all of the time. Winning Food Network Star would provide me with the ultimate opportunity and a platform to help others. Most importantly, tell them to watch the show… the remaining episodes should be good! I Facebook and live tweet during the show so they can follow me for updates, too.

6 thoughts on “Interview with The Next Food Network Star, Martie Duncan!”

This has been a fun week. You’ll see what I mean. Let’s go! On the Fourth of July, we hung out at home all day. I worked while my husband and kids set up our new table and chairs on our brand new deck (they actually finished it that morning.) WOO! I know that probably sounds like...
View the Post
Main Dishes July 10, 2012

One of our favorite treats in this house is shrimp. It is the one thing that I know will be a hit every time with all five of us. I often make Linguine with Shrimp Scampi but I decided to lighten it up a bit and grill it this time. Of course, grilling requires a...
View the Post
Uncategorized July 9, 2012

This is a short week, as we are going out of town so today I’m going to feature recipes from other blogs that have linked in to our weekly gluten free recipe carnival! ENJOY!! MONDAY: Chicken Paillard via My Sweet and Savory with Creamy Pasta with Tomatoes via Bizzy Bakes and a salad TUESDAY: Grilled Herbed...
View the Post
View All Posts